What do these COVID-19 trends mean? 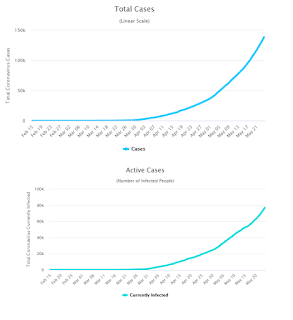 Posted by Vinaytosh Mishra at 6:00 AM 23 comments

COVID-19: A Blessing in Disguise for the Healthcare System? 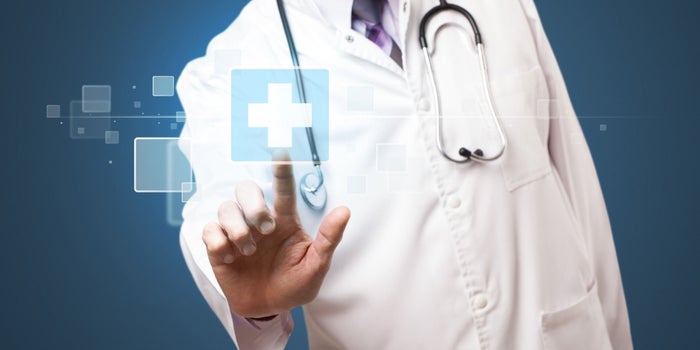 COVID-19 has been a blessing in disguise in several ways. The outbreak of the pandemic has proven to be an eye-opener in many respects. Suddenly we observe the air quality index (AQI) improving significantly in various cities. Drastic reduction in the pollution levels in major rivers such as Ganga and Yamuna can also be observed. In addition to this, the pandemic has also made us realize that some of the perennial problems associated with healthcare, can be solved, provided, the right intention exists.

A significant portion of the medical bills for a patient admitted in an Intensive Care Unit (ICU) also includes charges imposed on the usage of critical medical equipment such as Ventilators, Infusion Pumps, and Monitors. The shortage of these types of equipment results in compromised and sub-optimal care.  Equipment such as ventilators is exorbitantly costly, and thus, the patients are indirectly made to pay for these facilities. This makes ICU care, out of reach for the teeming majority. To make situations worse, eighty percent of the healthcare expenditure in India is Out-of-Pocket (OOP), which drives a family into poverty in case of a serious healthcare event, requiring hospitalization.

India seriously needs jugaad innovation in healthcare to come up with affordable medical goods, without compromising the quality of care. One of the approaches may be to identify and remove the features which are rarely employed but play a significant role in increasing the cost of the development. One apt example being the successful employment of the Continuous Positive Airway Pressure (CPAP) machine as an alternative to a ventilator for providing breathing assistance to patients infected with COVID-19. This machine is already available and is presently being utilized for treating patients suffering from obstructive sleep apnea (OSA). Another approach could be the better utilization of the available ventilators, to support multiple patients at once, using Air Tube Splitters.

On similar lines, we can think about patient monitors as a combination of sensors and display devices. The modular nature of this device makes it convenient to use only those sensors which are required. The shared use of sensors will reduce the inventory of sensors, eventually reducing the lifetime cost of a patient monitor. The output of the different monitors can be displayed on a single screen. This will not only reduce the cost but also improve the monitoring, as a single healthcare professional can monitor the vitals of six to eight patients. In my observation, the price of Patient monitors, Dialysis machines, ECG machines, Ultrasound machines, and the Echo machine is unreasonably high. Shouldn’t we strive to develop medical facilities that are innovative, affordable, and adept at providing quality care to our teeming millions, or should we wait, for the next pandemic to strike to wake us up from our slumber?

The healthcare infrastructure in our country is inadequate. India faces capacity constraints in terms of hospital beds and qualified healthcare professionals. Recent experiences have shown that the problem of hospital capacity can be overcome if the intentions are right. Delhi government ramped up its capacity in a couple of weeks and is ready to face a situation where 1000 new COVID-19 cases are detected per day. Indian Railways (IR) has also come forward in support and has dedicated more than 6,500 hospital beds, which is half the number of beds from its 125 railway hospitals, dedicated to COVID-19 infected patients across the country. Out of these, one-third of the beds numbering up to 2000 will be fitted with ventilators. IR continuing with its support has decided, to convert as many as 20,000 old train carriages into isolation wards for patients if the cases multiply.

Another realization that has occurred, is the potential of Telemedicine in delivering ambulatory care. In ninety percent of the cases, a doctor is not even required to remain in direct contact with the patient. A registered medical practitioner (RMP) can run OPD without physically being present at the location. The vitals of the patients can be recorded by trained paramedical professionals. During the COVID-19 outbreak, the health ministry issued the guidelines for using telemedicine in a hurry. If implemented properly, telemedicine can solve the perennial problems of availability and affordability in the medical field. Using telemedicine, quality care can be provided in remote parts of the country as well. This will result in less travel to cities and hence will, decrease the cost of care.

This crisis has taught us many lessons. The healthcare system in India can be revamped and healthcare can be made more inclusive, provided we work in the right direction. No one has ever doubted the capability of India if only the right intent is cultivated. Needless to say, COVID-19 has been a blessing in disguise and it will bring a paradigm shift in the way healthcare service is delivered in India and many parts of the world.

(The author is Assistant Professor at FORE School of Management, New Delhi, India.)

Posted by Vinaytosh Mishra at 5:16 AM 22 comments

Generic Drugs Can Reduce the Economic Burden of Diabetes! 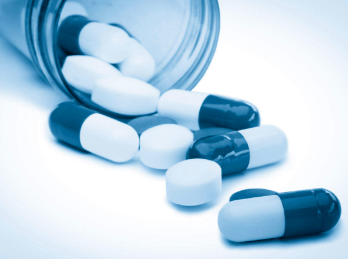 Diabetes is a physiological state in which there is a persistently higher level of glucose in the blood. This situation may adversely affect the organs like eye, heart, kidney, and skin to name a few. According to reports, a person living with diabetes has two times higher chance of getting a heart attack, which is a major cause of mortality in the case of diabetes. With the progression of diabetes, we witness the comorbidity and hence increase in the cost of diabetes management.

Need not to say, the burden of diabetes on total health care spending is likely to increase in the coming future. This situation will have important consequences on the sustainability of health care financing. To make the condition even worse eighty percent of healthcare spending in India is out-of-pocket (OOP). Any major health event in the family can make a family poor. Due to its chronic nature and existence of comorbidities medicines constitutes a major portion of the direct cost in case of diabetes. Financing and delivery of health care in India has been left largely to the private sector, hence the government has little control over the cost of medicine prescribed.

One approach to bring the medicine cost in chronic care like diabetes down is the prescription of generic drugs. Generic drugs are bioequivalence of brand-name drugs that have exactly the same dosage, intended use, effects, side effects, route of administration, risks, safety, and strength as the original drug. The pharmacological effects of branded drugs are exactly the same as those of their generic counterparts but are being sold at an exorbitantly higher price compared to generic drugs.

The major challenge in the adoption of generic drugs is distrust from both patients and doctors towards its effectiveness and quality. In addition to this, the prescription of generic drugs hurts the profitability of the healthcare providers as well as pharmaceutical companies. Indian healthcare is dominated by private hospitals, which constitutes more than 75% of the total healthcare being provided. The combination of generics as a percentage of original drugs may work well for all parties. The policymakers need to come up with an incentive strategy for generic drug prescription. The provision of financial incentive to doctors can further strengthen the development of generics market. In countries like France, bonuses are awarded to doctors who have high prescription rates of generics. Ministry of health should launch awareness campaigns targeting the general public about generics safety and bio-equivalence. According to Kobayashi et al (2011), Japan’s health ministry has issued a handbook with the authorized medicinal products and their therapeutic equivalence evaluations in order to inform both patients and healthcare professionals for the generics. India can emulate the same for better acceptability of the generics.

According to the Indian Brand Equity Foundation (IBEF), India is the largest provider of generic drugs globally. Indian pharmaceutical sector industry supplies over 50 percent of global demand for various vaccines, 40 percent of generic demand in the US and 25 percent of all medicine in the UK. The confidence of patients and doctors in generics can be increased by ensuring the quality of the processes at pharmaceutical companies producing these drugs. These companies should use ISO-quality management system certifications and follow rules of good manufacturing practices (GMP).

As already discussed, the comorbidity increases with the progression of diabetes. This situation results in the inclusion of more advanced drugs in the prescription. In most of the cases, drugs prescribed at this stage are new in the market and their generic equivalent is not readily available or popular for that matter. Moreover, with medical intervention, the average life of the people living with diabetes has increased. This means the economic burden of diabetes drugs has significantly increased and bound to even increase in the future. The increased inclusion of generic medicines in the prescription can significantly bring the cost of care down in case chronic disease like diabetes. The government needs to act swiftly to address the rising burden of diabetes drugs by promoting the prescription of a generic drug in India.

Posted by Vinaytosh Mishra at 4:30 AM 12 comments